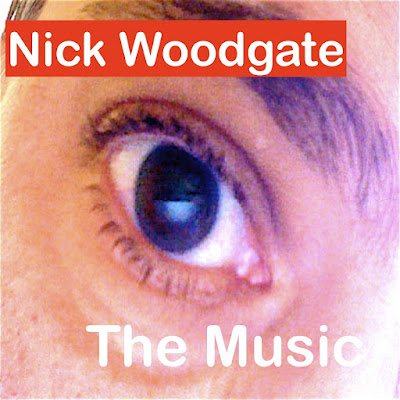 Nick Woodgate is an artist well known for penning Madness tunes most notably on the album 'Oui Oui Si Si Ja Ja Da Da' the songs 'Leon' and 'Kitchen Floor' and for his collaboration with his brother Woody Woodgate on 'The Magic Brothers.'

This solo album is a follow up to his solo debut last year 'With a Word' There is a haunting feeling to much of this album and Nick's voice has an electronic feel that vibrates throughout all of the songs. This is an emotional album but it's also an album that is full of positive energy and love.

'Echoes' is the only song that really addresses mental health as the song is about the voices in the mind.


There is also almost a Merseybeat feel to these songs. I am reminded of 'The Hollies' In the tone of the music. There are also plenty of love songs on this album: 'We Are Lovers', 'Open Up and Let Me in' and 'Sleep my Baby.' The song 'Now You Know Everything' is an upbeat and loving track that sings of happy self acceptance and cherry blossoms. The stand out track on this album is the optimistic and breezy 'Long Time Coming.' It's lovely to hear the positive energy in this song.

The track 'Jo Jo Man' is unfathomable and even Nick doesn't know what it's about. For me it conjures up images of irrational fears in the middle of the night. 'Oh My Lord' has a George Harrison feel as an Indian influence is apparent on this track. 'Open Up and Let Me In' is a collaboration with Michael J McEvoy and on 'Long Time Coming' he collaborates with Lee Brownson.

Nick Woodgate is a unique artist as he is so honest about his mental health (He has schizophrenia) and he has done a great deal of work as an ambassador for 'The Rethink Mental Illness' Charity. The song '10 Rillington Place' is about Nick's experience watching the making of the film of the same name.

This very personal  and mellow album is available on Apple Music, Spotify, Soundcloud iTunes and Amazon Music. There is also a possible release on CD planned for September.

You can find out more about Nick and his music on his website here.