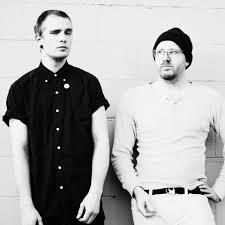 How did 'The Dirty Clergy' begin as a band?
We began as a folk duo, believe it or not. I think some of those videos may be floating around on YouTube still. We put out an album called 'Truth Wars'. It was mostly an album filled with protest songs. I really don't advise anyone to listen to it. I think every band has those first recordings where everything isn't up to par. The songs are good of course, but everything else is shaky.

Why did you call the band 'The Dirty Clergy?'
Basically, this man named, and this is the first time I've ever called his name in an interview, Mark Gallups. He was/is supposedly a 'very Christian' person. A very Christian person that was run out of one church and proceeded to tell lies about some people pushing to end prohibition in a small town – in Alabama. He sent out an e-mail to his 'people'. Little did he know that a lot of his people were friends with this other person and they sent the e-mail to one of the band members. It didn't end well for Mr. Gallups and, I guess, we thank him for giving inspiration to the band name.

Who are your major musical influences?
Well, we have a few that span over the decades. The '60s had a lot of them. Tommy James, Velvet Underground, the whole sunshine pop, psych movement. Our music isn't directly descended from that, but that is where the roots lie. Moving to a little more modern acts; The Raveonettes, Black Rebel Motorcycle Club, Brian Jonestown Massacre, The Kills. Off the top of my head, I think that about sums up the influences.

Which track is your favorite that you have written and what does that track mean to you?
That's a good question. I like them all obviously. Something about each of them is special or they wouldn't have made it to the albums. However, I think I will go with 'Summer Days'. It's a little misleading. It has the feel-good beat, fast, but the lyrics are quite the opposite. It's about happiness and the lack thereof. It's about ephemeral happiness all while knowing something is not going to last. I suppose that is life for some people.

How do you want people to feel after listening to your music?
Not alone.

Your music is 'Alice Cooper approved' how did you get to know him and what can you tell me about your friendship with him?
Unfortunately, we haven't met him or talked to him. We were on his radio show, Nights with Alice Cooper, he did a little promo for one of our songs called 'Strange Love'. It's a pretty rocking song from our previous album. They liked it well enough to give it some love and attention. So that is good enough for me. Always been an Alice Cooper fan, so when I got the tags on social media it was totally out of the blue and I thought it was a joke a first, but it wasn't – thankfully!

What was the public response to your album 'Rattlesnake'
It was great. We had some good reviews from magazines, blogs, sold a good bit of albums. It did really well on the college radio stations and broke through to some mainstream stations across the U.S. and Canada. People enjoyed it. The only real criticism we had was that it was 'too long'. I guess that just depends on who you ask though.

Does being from Alabama have an effect on your music? in what way?
Not really. There are some good rock bands from Alabama. I think people tend to think of either country music or cover bands when you think of musicians from Alabama. Which is understandable. But bands like Alabama Shakes, Waxahatchee, St. Paul & the Broken Bones have all kind of stood out among people from Alabama that aren't country or cover bands. But, overall, no it doesn't really have an effect on it. I remember when we first started and were booking our first few shows we were asked, 'well what do you play?'. I replied with, 'well it's rock stuff, in a way'. Then they went into naming artists and asking particular songs. When we told them we do our own stuff they just looked a little confused. As if people aren't supposed to write and play their own music. We're not a jukebox.

What can you tell me about your new album?
It's different than 'Rattlesnake'. On this album, we do take more from the influences listed above. We recorded it in the same studio, Ol Elegante, with the same producer, Lester Nuby III. He does some pretty fantastic work. We have been working on it for a year and a half, so I'm definitely ready to get it out. It's a trip for sure. There won't be as many songs as on the last album, but it's probably equally as long. We did it with fewer hands involved, so in a way that makes it mean a little more to me.

What is the track 'Jesus times' about?
This is from 'Truth Wars'. This particular song is about doing right and wrong when the 'end of times' arrives. Most of these songs were co-written by Tyler Evans and myself. I think we mainly wrote just to perform locally, just to have something to do. Tyler left the band and I took it in a different direction.

What is the track 'Ballad of Johnny Magnum' about?
This was also from the very first album. It was about a guy that was drafted into war back in the 1940s. We really went all out on these songs. It's kinda campy. But it's alright.

What is next for 'The Dirty Clergy' this year?
Finishing this album, working on some videos, and doing whatever we can to get the record out there for people to hear.
at April 25, 2019