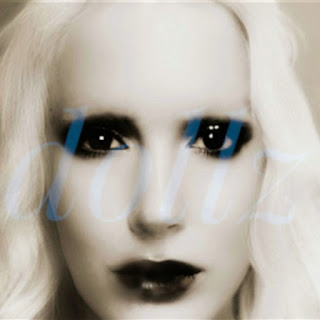 The track 'Angels' begins with a church choir which then merges into binaural beats and vocals. This album contains ambitiously long tracks which are not restricted by convention. In fact the whole album does not allow itself to be restricted by any sort of rules. When Queen first recorded Bohemian Rhapsody they were told it was too long at five minutes and fifty five seconds  and now with the internet age artists are able to record songs that last ten minutes or more if they wish. Such was the power of commercial radio and and now such is the power of the internet. Robert Swipe creates records and promotes his own music and very much does his own thing. This album is an interesting example of what is achievable as an independent artist.

'Did you think that angels cared?
If you're frightened and you're scared?
So I climb into bed with the angels and you.'

This track is almost a Gothic reply to Robbie Williams famous track of the same name.

The title track 'Dollz' is about WW1 soldiers being moved around like dolls in the trenches. For me however it also has a double meaning in a feminist sense of this concept in the manner that women are expected to present themselves in an artificial way in order to be more accepted in general. Interestingly this also now applies to men as equality has put the some of the same pressures on men that women have been dealing with for years. From fake tan to make-up to plastic surgery all of us as a society are fed the message by the media that we would happier and more successful if we resembled dolls. For me this is the interpretation and feeling I get from the title track and in some ways it has a gender fluid meaning in reference to the album cover artwork.

Much of this album draws it's inspiration from David Bowie, but the stand out track on this album is 'Unicorns' inspired by the image of people swimming using Unicorn swimming floats.

'I will make you beautiful. Just close your eyes'

'Unicorns' Is a pleasant transportation to a dreamy white fluffy clouds song with a laser-beam break.

an interesting album of experimentation.