Single: 'When I don't love you I'll let you know' 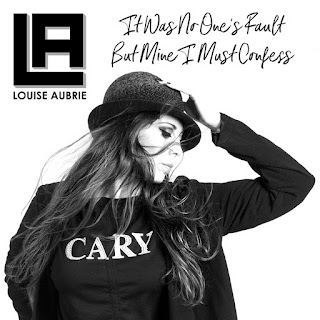 It is a bold and unique twist to write a song about a Cary Grant film and Louise Aubrie has done just that. 'It Was No One's Fault But Mine I Must Confess' has been taken from her forth studio album 'When I  Don't Love You I'll Let You Know' and was inspired by 'An Affair to Remember'

It's a smart move to revolve your lyrics around  a movie that starred the most charming man in cinematic history.

'Forever I'm wrapped in your caress. The nearest thing to heaven.'

Louise Aubrie has the kind of British voice that I love. Her voice has a direct natural sound that reminds me in tone of Kim Wilde and in attitude she reminds me of Dusty Springfield and Sandie Shaw. It's a singing voice without pretension that pulls the listener into the story of the song quickly, which is an essential quality to capture the attention of a room at a gig and also essential for radio play. No surprise then that Louise Aubrie has been heavily praised by BBC6  music and Radio 2 as her voice has a immediacy that makes you feel you are attending a live gig in a small room and an intimate quality that allows you to feel a connection with this engaging love story based on a classic film. There are also quality people behind the scenes here. The single was produced by Andy Woodard who drums for Adam Ant and guitar backing is provided by the legendary Boz Boorer (Morrisey's musical director)  Louise is also the soul writer for this album and it's good to see this female talent shining through the indie music scene.